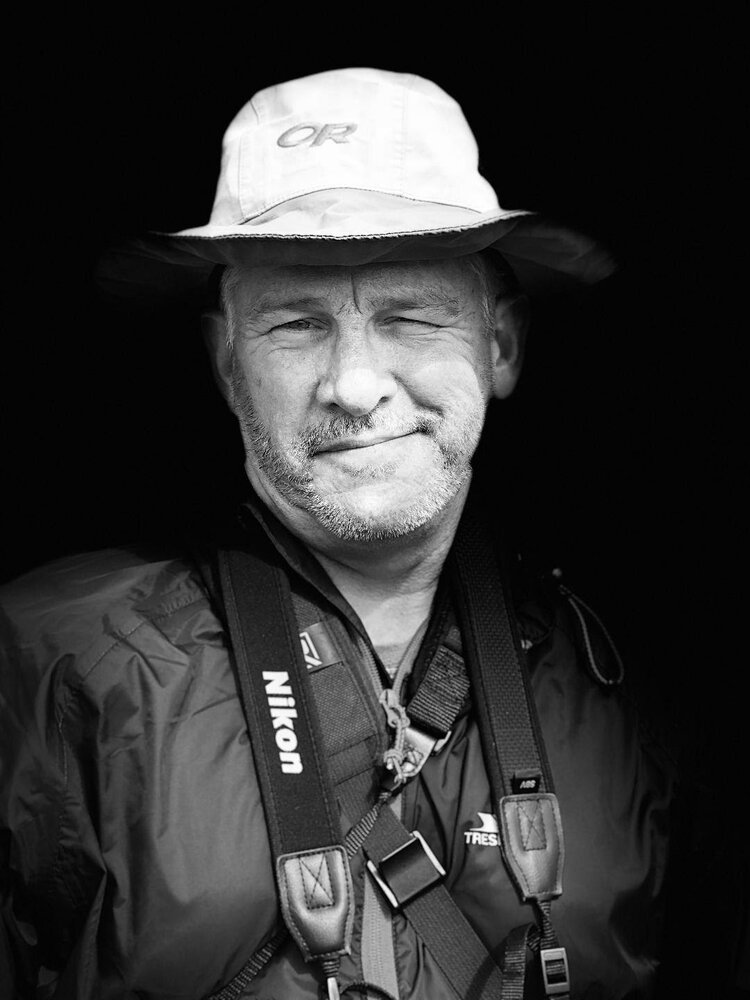 Please share a memory of Warren to include in a keepsake book for family and friends.
View Tribute Book
On Friday, September 16, 2022, Warren Shane Blodgett, loving partner and father of two, passed away at age 59. Shane, as he was known, moved to New York City from Ohio and pursued acting for a time before working as a tour and travel manager, guide and dispatcher eventually starting his own company, Precision Tour and Dispatch. He is survived by his loving wife of 31 years, Rachel Maurer, daughter Fenris and son Max. He is also survived by his mother, Linda Blodgett, step-father Gerad Blodgett, and sisters Carri Ann Crowe (Jason), Hillary J Shugart (Jack). He also has many dear nieces, nephews, and cousins. Shane was a beloved and extraordinary birdwatcher. He could often be found at Jamaica Bay Wildlife Refuge, Coney Island Creek Park and Plumb Beach looking for shorebirds during migration. He’s considered a legend to some, “bird babysitter” to many, a Gull whisperer to others, and is known as having birding “superpowers.” “Shane finds, everyone follows.” More than that, though, Shane is known as a patient, considerate, generous, loving, thoughtful, humble, warm mentor and team player of the birding community, which is truly saying something in the sometimes solitary hobby of birding. His willingness to teach others to learn the “lifestyle” was unsurpassed; from birding in bad weather, sloshing through mud, climbing over dilapidated piers, driving around in snowstorms, birding in hurricanes, and driving hours and hours to find a Bohemian Waxwing, Northern Wheatear, Boreal Chickadee, Hudsonian Godwit, Short-billed Gull, a Varied Thrush, Black-Backed Woodpecker, Atlantic Puffin, Lesser Black-backed Gull, Short-billed Gull, or the not so common Mew gull. On a Big Year with friends, they reached 342 species (a record at the time). Wildlife and the birding community has lost a brilliant and generous soul. Shane was also passionate about music. A self-taught guitar player and powerful baritone, he was a well-known local bluegrass musician and a regular at Sunny's Bluegrass Jam. Shane referred to the Saturday night and pandemic era Sunday Jam sessions as “church.” Shane loved congregating with other bluegrass jammers to worship around the love of music, whether at Sunny’s, Gowanus Dredgers Boathouse Jam, Paddy Reillys, Strong Rope and the yearly Porch Stomp. His passion for music was contagious, singing Good Morning Blues, Cigarette Machine, Goodhearted Woman, I and Love and You and many more. Celebration of Life will be held on Saturday, November 5, 2022. Donations can be made in Shane's name at The American Birding Association or The Brooklyn Bird Club or The Green-Wood Cemetery.
To send flowers to the family or plant a tree in memory of Warren Blodgett, please visit Tribute Store

Share Your Memory of
Warren
Upload Your Memory View All Memories
Be the first to upload a memory!
Share A Memory
Send Flowers
Plant a Tree