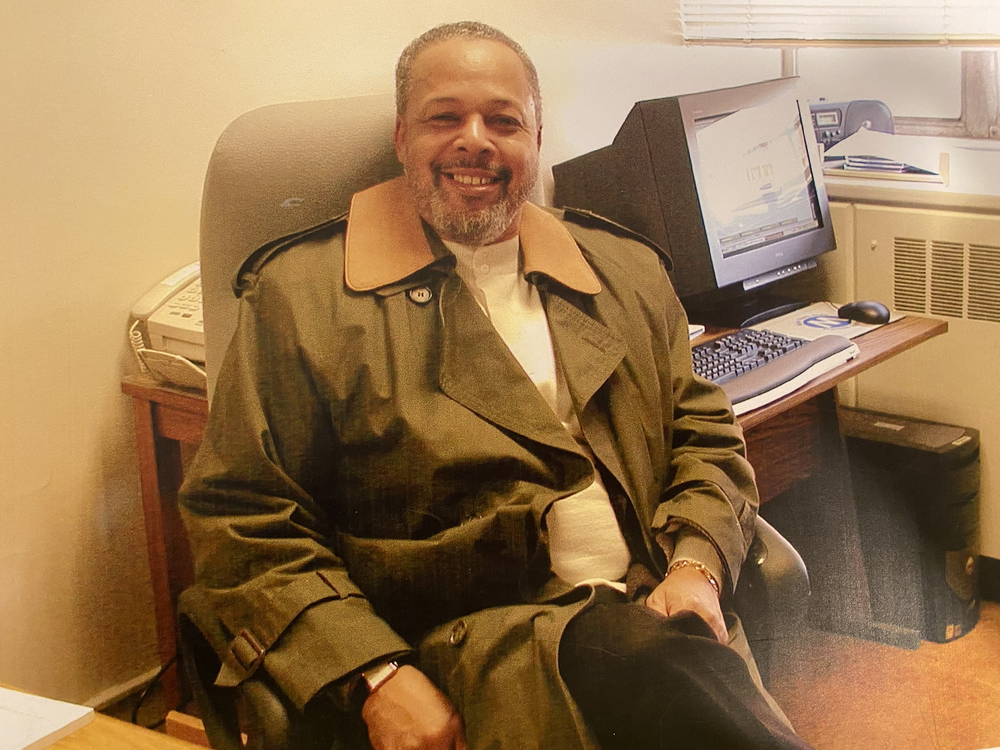 Please share a memory of Operaul to include in a keepsake book for family and friends.
View Tribute Book
Operaul Buddy Shipp Johnston departed this earthly life on Monday, July 12, 2021. He was born in Gastonia, North Carolina on January 13, 1936, to Jasper Johnston and Sadie Shipp Johnston. During his early years, his family moved to Greensboro, North Carolina, where he attended Dudley High School. He graduated and soon met his first wife Ines Fox and became father to his daughter Shawn Johnston. They divorced and he moved to Brooklyn New York, where he lived with his sister Vercie Johnston Pope (Dickie) for six months while he became acclimated to his new Brooklyn home, where he started working in factories within the city. Soon after he met Margaret (Dondi) Humphrey and they had a son, Derek Clay Johnston. He began working for New York City Transit Authority as a Railroad Clerk on 4/15/68. He then met Naja Vessels and they had a son, Kevin Johnston. As he continued his work experience in Transit, he moved up and became a supervisor on 11/29/84, where he worked on the Money Train, collecting money from the token booths. As the New York City Transit Authority made improvements, OJ became a Station Superintendent, at 168 th Street subway station. OJ loved his job, made many friends and some enemies because he took his job serious. In1978, he met the love of his life, Janie. On. August 4, 1984, they married in Oahu, Hawaii. OJ and Janie like to travel and be with their family. OJ loved his nieces and nephew and attended every graduation, wedding and every family function. OJ’s family was his life. OJ retired from the Transit Authority on 6/1/93 after 25 years of service. When OJ first retired he slept late, watched TV and made new friends. On one of his visits to his brother-in-law, Al Coleman he decided he would learn to play golf. He enjoyed the game and played often, where he won several trophies. In December of 1992, his granddaughter Jennifer came to live with them and he became that doting grandfather. During the years he loved and doted on all the grandchildren, his travels with Jennifer were the most fun. He loved to watch her has she grew into a intelligent beautiful young women. In 2013, OJ held in his arms Asiyanah who became the love of his life. He played with her, fed her, sang with her and he loved to watch her dance. While he was sick, she always brought a smile to his face when she came into the room. In 2002, OJ was diagnosed with prostate cancer, but did not let it stop him from living his life, and in 2014 he was diagnosed with Parkinson’s Dementia. During that time, he never complained about his illness, and he lived his life to the fullest. OJ is preceded in death by his father, Jasper Johnston, his mother Sadie Johnston, sister Vercie Pope, his brother Jasper Jr. Johnston, his brother Norris Johnston and his sister Serphese Johnston, and his partner Margaret (Dondi) Humphrey. He is survived by his wife Janie Johnston, children Derek Johnston, James Hines, April Hines, Bruce Hines and Kevin Johnston. His grandchildren James Jr. Hines, Javier Husband and his wife Ruth Husband, Neyva Garcia, Deanna Rivers, Jennifer Hines and her fiancé Devon Giddings, Kareem Hines and his fiancé Marissa Wilson. Malik Hines, Olivia Hines, Jaliah Clarke and her partner Kerry Manglona, Isaiah Hines, Anisa Johnston, Raymond Figueroa, Aaron Johnston, Elijah Hines, and Christopher Johnston. Sibling Jacqueline Johnston, In-laws Lydia and Al Coleman, Dolores Simmons and partner Greg Swope, James Nelms Jr. and his wife Robin Nelms, Aunt Katherine Nichson, his best friends Robert Gumbs and Clayton Conaway, 9 Great Grandchildren, and many nieces and nephews who loved him dearly.
Sunday
18
July

Share Your Memory of
Operaul
Upload Your Memory View All Memories
Be the first to upload a memory!
Share A Memory