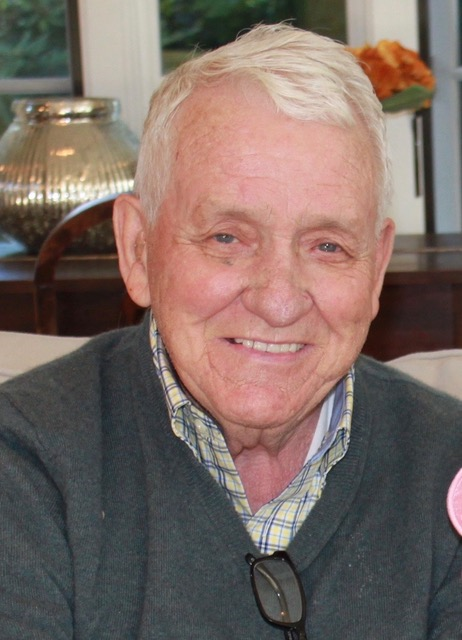 Please share a memory of Joseph to include in a keepsake book for family and friends.
View Tribute Book

He graduated from Saint Michael’s High School.  Following graduation, he served with the U.S. Air Force during the Korean Conflict.  After the war, he received a degree in teaching from Saint John’s University and began a long career as a high school history teacher in the NYC public schools.

He married Ellen Curran and they celebrated their 53rd anniversary this year.  He is preceded by his parents, Peter and Nellie Byrnes. He is survived by his brother Thomas of Brooklyn.  In addition to his wife, Ellen (Curran) Byrnes, he is survived by his 5 children.  Maura Casey and her husband Bob of Wilton, CT, Brian and his wife, Dolores of Ho-Ho-Kus, NJ, Sean and his wife, Kerry of Wilton, CT, Michael, and Deirdre Hegdal and her husband Keith of Staten Island, NY.  He is also survived by his 12 grandchildren, Caroline, Peter and Brian Casey, Maria, Andrew and Clara Byrnes, Lilly, Michael, Abigail and William Byrnes, Joseph and Matthew Hegdal. He is survived by several nieces and nephews.  Joe will be remembered by many who were touched by his support through his long history of community volunteer work.

Share Your Memory of
Joseph
Upload Your Memory View All Memories
Be the first to upload a memory!
Share A Memory