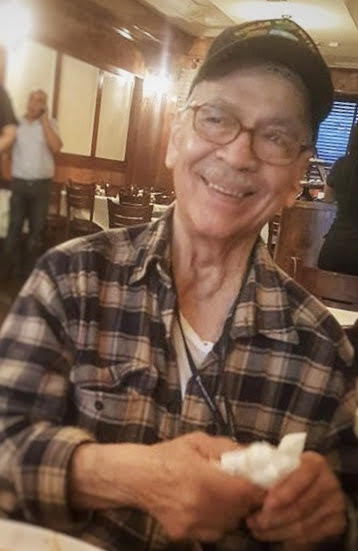 Please share a memory of Victor to include in a keepsake book for family and friends.
View Tribute Book

Victor was born on August 25, 1931 in San Juan, Puerto Rico at Calle Providencia No. 85 to Martina Adorno and Carlos Limardo.

He attended Central High School in Santurce, Puerto Rico and began his professional boxing career at a young age. He was known locally as "Guantes Dorado" (Golden Gloves). On June 13, 1951 Victor joined the Army National Guard of the U.S. and P.R. as  Co "A" 124th MP BN PRNG, SAN JUAN P.R. On January 19, 1953 he joined the U.S. Army as Co "B" 1st BN 6th ARMD CAV REGT, APO 46. He received a National Defense Service Medal, an Army of Occupation Medal (Germany), and a letter of congratulations for his VII corps boxing championship in Straubing, Germany in 1954. He was known as the "little punch" in the Army. Victor is a Korean War Veteran.

Victor moved to Brooklyn, NY immediately after his honorable discharge from the army. Where he worked til the age of 65. He was a hard-working man, kind, compassionate, and had many friends. He was known to be funny and light-spirited. After retirement he enjoyed going to the senior center,in Brooklyn on Atlantic Avenue where he walked to everyday to play dominos, have lunch, and joke around with his friends. Even the MTA bus drivers would stop along his walk and ask if he wanted a ride.

Victor has 5 children and 3 grandchildren, his loving memory will be forever cherished by his family. RIP.

In lieu of flowers, donations can be made to the American Cancer Society.

To send flowers to the family or plant a tree in memory of Victor Limardo, please visit Tribute Store
Tuesday
24
April

Share Your Memory of
Victor
Upload Your Memory View All Memories
Be the first to upload a memory!
Share A Memory
Send Flowers
Plant a Tree